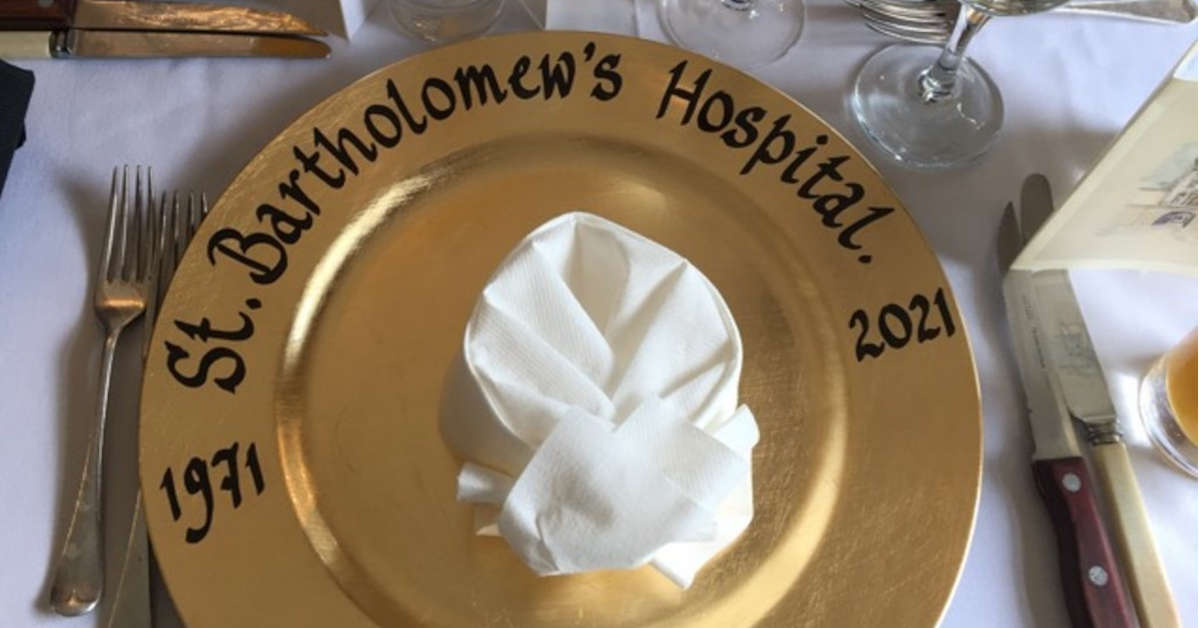 Set 100 met at the Drapers Arms in Islington 50 years to the day from starting at Barts. The first set to start PTS on the Barts site. 22 of us met for lunch, drinks and of course laughter and chatter. An excellent day. Thanks must go to Dilley for organising the event from Cumbria and for her helpers. Particularly important was Annie McNinch who had wine glasses engraved , made copies of our hats and gold salvers all for us to take away.
Photos were shared ( some of which we have deliberately forgotten!
Phone contact was made with members in South Africa , Australia and of course the UK.

The following was sent by Janet Marsden from Australia:-
“Well we all know exactly where we were fifty years ago today and it was also a Monday. Half a century is not long in the history of Barts soon to celebrate its nine hundredth anniversary. But for us it is a long time. An Australian vicar, here at St. Paul’s  Cathedral in Melbourne was the Paediatric Radiation Oncologist on Kenton in 1975. She always refers to Barts as “the Great Hospital”. We are all a part of “The Great Hospital” and its history.”

I think it is wonderful how we have all remained in touch over the years since we first met, on that Monday August 23rd.1971.
Many thanks to Dilly, Mary and Chris for their efforts in organising the reunions.
I propose a toast to Set 100 .
Remembering Jane Cooper, Sheila Pendleton and Janet Roberts who have passed away too young.
All those unable to attend today The Royal and Ancient Hospital of St. Bartholomew and The City of London.
Congratulations Set 100
Good Health and Happiness Always.
Until next time! 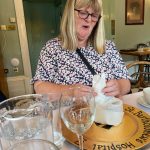 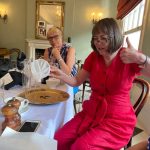 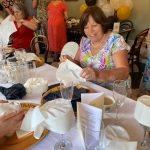